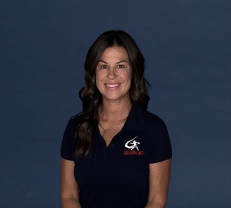 Jenn Shellhammer is the founder of Creating Aces, established in 2011 when she returned to PA after residing in Washington, D.C. for 12 years following college.

Shellhammer is a graduate of Allentown Central Catholic High School, where she was an All-East Penn Conference standout in her junior and senior years. She was named 1997 PA State Pitcher of the Year and named Fastpitch Magazine High School All-American following her high school career.

Shellhammer began her collegiate career at Radford University where she broke numerous pitching records as a freshman and earned All-Big South Conference honors as a freshman and sophomore. After two years at Radford, Shellhammer transferred to the University of Maryland where she completed her last two years of eligibility. While at Maryland, she entered into the record books after her first season. As a junior, Shellhammer received ACC Pitcher of the Week, and earned a spot on the All-Tournament Team at the Triangle Classic in South Carolina.

Shellhammer has competed at the highest level, including Women's Majors and the Women's Professional League. In 2004, Shellhammer served as a pick-up pitcher for the California Sunbirds Professional Softball Team. In 2008, she was chosen as the starting pitcher for the PA Longstreth All-Star team that competed against the US Olympic Team in Williamsport, PA as they prepared for the Olympic games in China. In 2010, Shellhammer was inducted into the Allentown Central Catholic Hall of Fame, and in 2013 was inducted into the Lehigh Valley Softball Hall of Fame. In 2015, Shellhammer was chosen to pitch against the U.S. National team as a Maryland All-Star in Bowie, MD. In 2017, Shellhammer beat the Stratford Brakettes in a 5-4 battle in the Women's Major National Tournament, dropping the Brakettes from championship contention and from winning their 9th consecutive WMS title. In 2018, during the Women's Major National Tournament, Shellhammer made the All-Tournament Team after throwing a no-hit shutout against the Extreme Chaos, striking out 19; breaking the all-time record for strikeouts in a game during the WMS National Tournament. In 2019, at the age of 40, Shellhammer made the WMS All-Tournament Team, and also received the "Outstanding Pitcher Award" of the tournament which is given to one individual pitcher based on their performance during bracket play, in honor of former Brakette and National Hall of Famer, Joan Joyce.

Since 2002, Shellhammer has worked with over 1,500 girls across the east coast conducting individual and group pitching clinics. She has also conducted pitching clinics for the Amateur Softball Association (ASA), as well as at several colleges/universities and various organizations along the east coast.

In 2017, Shellhammer completed her 5th season as the Head Coach at Lehigh Carbon Community College in Schnecksville, PA, where she lead the Cougars to their first regional birth in school history. The Cougars finished their season with a 19-9 overall record.

Since 2018, Shellhammer has been a coach at Northampton High School, assisting the Varsity pitching staff.

Since 2019, Shellhammer has served as the Assistant Coach for Region 1 in the 12U USA All-American games held in Oklahoma City.

In 2022, at the Women's Major National Softball Tournament, Shellhammer threw a perfect game against the NJ Kaboom 23U, beat the Stratford Brakettes in the Championship game with a score of 4-2, and was chosen for the WMS All-Tournament Team.

Shellhammer currently serves on the Board of Directors at Patriots Park in Allentown, PA.